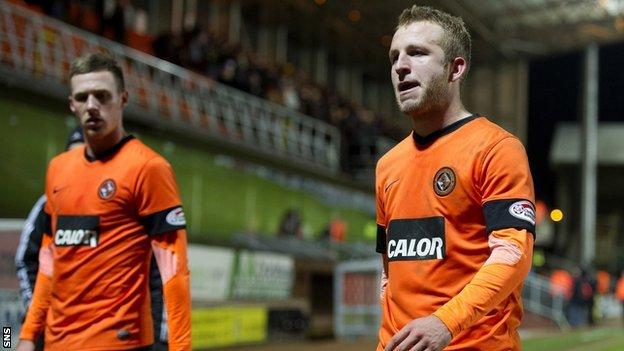 "We've got to defend better and the players know that," said Hegarty. "We've got to work on that and make sure it doesn't happen again.

"A lot of the defensive qualities weren't there."

United led 2-1 at half-time but lost three goals after the break before replying late on.

"We started to play some great stuff in the first half and we go in at 2-1," Hegarty told BBC Scotland.

"We were delighted with the first-half performance.

"We lose a goal right after half-time and the way it happened was shocking.

"And, before you know it, we caved in. The goals that we lost were unacceptable.

"Our away record is very good but our home record to appease the fans is not at the standard we know at Dundee United."