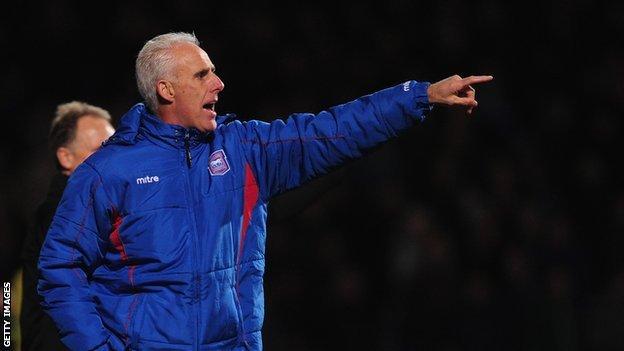 Ipswich manager Mick McCarthy says he was touched by the reception he got from Wolves fans as his new team beat his old side 2-0.

Wolves after the and he was

He told BBC Radio Suffolk: "I got a lovely reception and that will be my abiding memory, and a happy one, of Wolves and how the fans think about me.

"I [had to] leave via the back door when I lost my last game."

He added: "I did resent that to be honest, I wanted to go out the front door and I couldn't.

"That's a lovely memory for me now. It epitomises how I felt at Wolves."

McCarthy has led Town from bottom of the table to 19th place with seven wins from 12 games and he is looking forward to adding to his squad in January.

"I've got a very small squad of players," he said.

"We're managing to keep them on the pitch. In January we're able to supplement our squad."