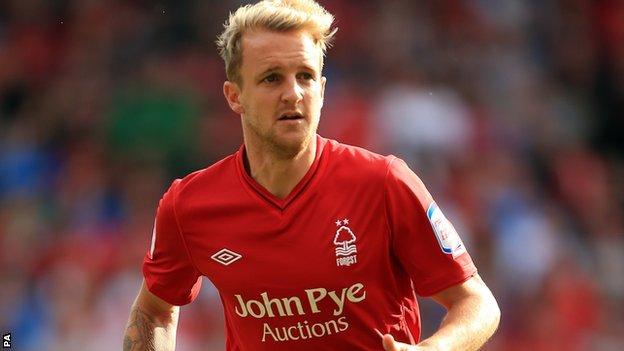 Doncaster manager Dean Saunders will have winger James Coppinger available for the derby with Sheffield United on New Year's Day after the end of his loan spell at Nottingham Forest.

The 31-year-old but made only six appearances.

Earlier this month, he revealed he was and he attended

"It was a great boost for the lads and that probably had some effect," Saunders told BBC Radio Sheffield.

"We've seen him come to the game, we had everybody here."

But Saunders has warned that Coppinger, whom he did not want to leave in August, will not walk back into the team.

"How do you get in that team? I've got to try to pick the right team for the right game," he said.