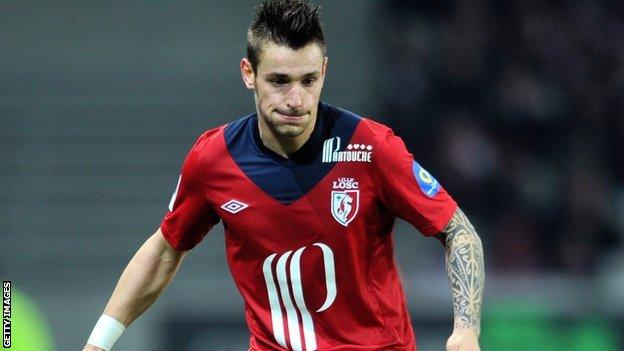 Newcastle have agreed a deal to sign defender Mathieu Debuchy from Lille, according to the Press Association.

The Magpies were linked with the French international right-back, 27, during the summer following his performances at Euro 2012.

The fee is believed to be in the region of £5m and the move is set to be completed once the January transfer window opens.

Debuchy played in all four of his country's games at Euro 2012 and has 13 senior caps.

Danny Simpson, 25, currently plays at right-back for Newcastle, so Debuchy's signing could put his future on Tyneside in doubt as his contract expires in the summer and he has yet to agree a new deal.