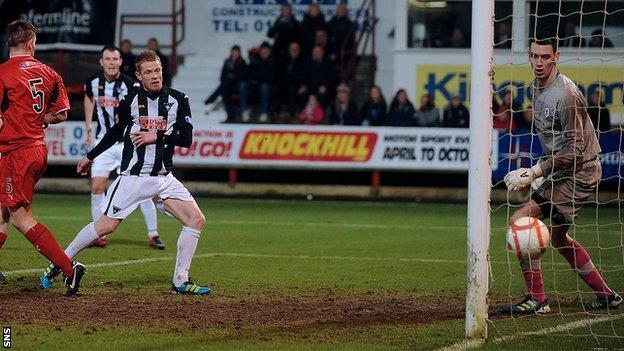 Andrew Geggan's header was enough for Dunfermline to claim a victory over Raith Rovers.

Rovers' Brian Graham should have done better with a close-range header in the 12th minute, while Callum Morris was also wasteful at the other end with another headed effort.

Dunfermline goalkeeper Paul Gallacher was called into action to keep out another Graham chance early in the second half but Raith shot-stopper Ross Laidlaw was not troubled by Ryan Wallace's low drive.

The winning goal came with just under 20 minutes to go when a cross from Josh Falkingham was steered home by Geggan.

Gallacher denied Allan Walker late on but Raith could not find an equaliser.