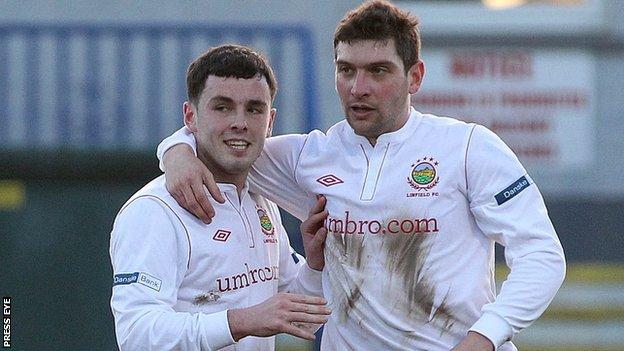 Champions Linfield moved up to third with a comfortable win against Glenavon at Mourneview Park.

Tipton struck the second for the Blues in the 50th minute for his first goal since his summer move from Portadown.

Glenavon midfielder Ciaran Martyn was sent-off for two yellow cards and young Linfield substitute Ross Clarke made it 3-0 with a spectacular strike.

David Jeffrey's men face the rampant Reds at Windsor Park on Tuesday and will be seeking a victory to perhaps revive their fading title hopes.