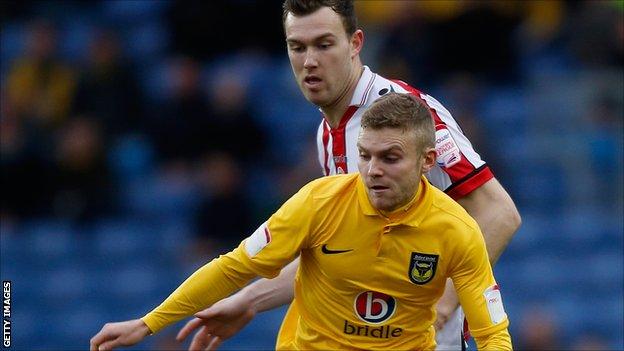 Sheffield United advanced into the fourth round of the FA Cup with goals from Tony McMahon, Dave Kitson and Nick Blackman defeating Oxford United.

McMahon found the net with a first-half free kick from 20 yards before Kitson bundled home from close range.

But Blackman sealed victory with a neat half volley four minutes from time.

"I wanted to show what our true colours were and we did.

"Maybe in the big moments in the game we lacked a touch of quality where they showed their class.

"I didn't think it was a free-kick for the first goal but I could talk about that all day long.

"I thought our boys caused them a few problems. We rode our luck also but we were playing against good players. We pushed them all the way and we made them have a difficult afternoon."