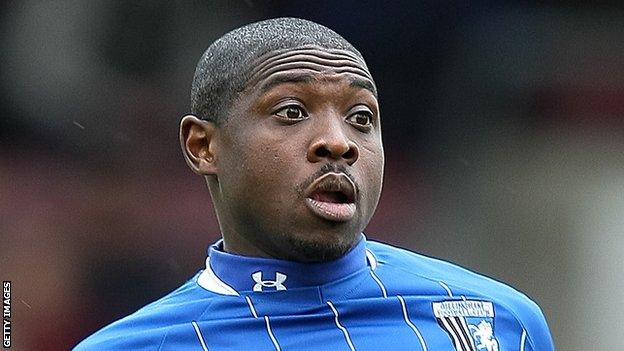 Jo Kuffour netted his first goal for Wycombe as they came from behind to beat Chesterfield.

Jay O'Shea put the Spireites ahead, evading a challenge before unleashing a powerful strike.

Wanderers equalised through Kortney Hause, who scrambled the ball over the line from Josh Scowen's corner.

Kuffour completed the turnaround, flicking the ball over Tommy Lee to score his first goal since joining Wycombe in September.

"You're as good as your players and our players show a level of inconsistency.

"At times in the first half today we bordered on being unplayable, we were cutting them open at will.

"We've hit the post, the bar twice, we're creating chances, but we conceded again. We have an undercurrent of softness and it will change.

"The best teams usually have the best defensive record and the highest scorers, we are a threat going forward, but we concede."