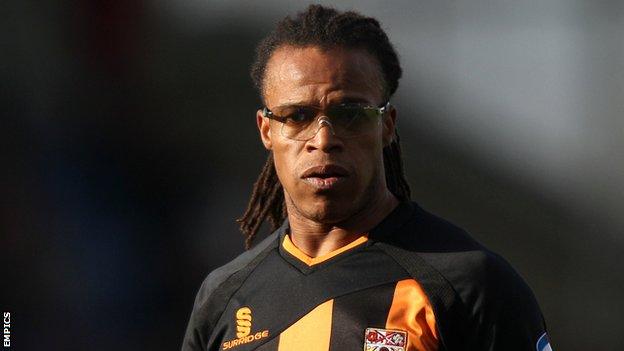 Barnet have confirmed that Mark Robson has left his role of joint-head coach, leaving Edgar Davids in sole charge of the League Two club.

Robson joined Barnet as head coach in the summer but failed to win any of his first 11 League games in charge.

Former Netherlands international Davids was brought to Underhill in mid-October and was given shared responsibility for the team.

A statement on the Barnet website said: "It was felt that clarification was required regarding the coaching responsibilities at the club.

"To this end it was agreed that Mark should leave with immediate effect.

"Edgar Davids will continue in his role as head coach and will take full responsibility for all first team footballing matters.

"The club would like to thank Mark for all his efforts and hard work and wish him the very best for the future."