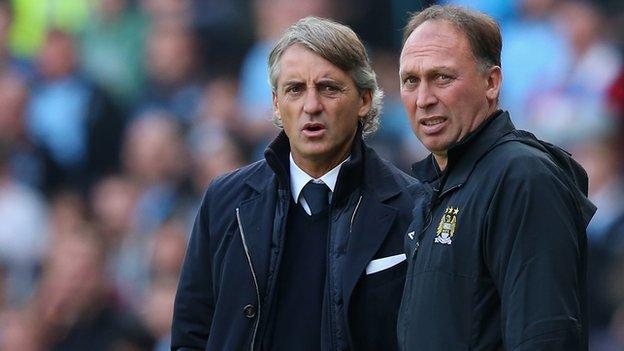 David Platt says Manchester City may not make any signings during the January transfer window.

"The kind of players you would want to improve a squad like Manchester City are invariably already playing for the top teams that are involved in chasing honours," he said.

"I wouldn't be surprised if we didn't do any business."

City manager Roberto Mancini hinted in December that he had discussed potential transfer window signings with the club's director of football Txiki Begiristain.

However, the Italian has proved reluctant in the past to spend in the winter transfer window, with Adam Johnson in 2010 and Edin Dzeko in 2011 his only big-money January signings.

The Premier League champions will lose Ivory Coast internationals Kolo and Yaya Toure for up to a month during the Africa Cup of Nations in South Africa.

The brothers will miss five Premier League games and a round of the FA Cup if their country reaches the final, which takes place in Johannesburg on 10 February.