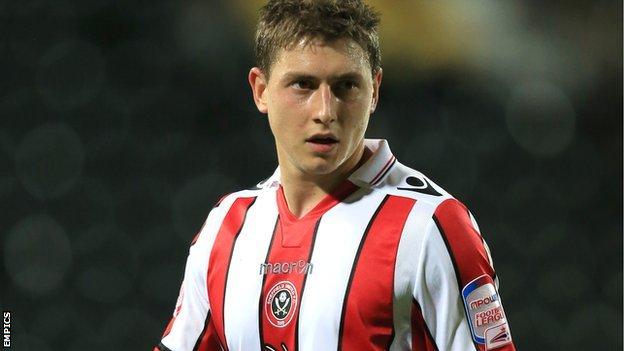 Sheffield United striker Shaun Miller will miss the rest of the season after being ruled out for up to nine months with a cruciate knee ligament injury.

Miller, 25, suffered the injury in the Boxing Day win over Scunthorpe.

The former Crewe man had scored eight goals in 19 appearances for the League One leaders so far this campaign.

"We look like we've lost Shaun for the season which is really frustrating because he was doing well," Blades boss Danny Wilson told BBC Radio Sheffield.

"From the squad perspective we have to move on and it will give one or two an opportunity."

Meanwhile, defender Neill Collins faces two months out after fracturing his cheekbone in the win over the Iron.