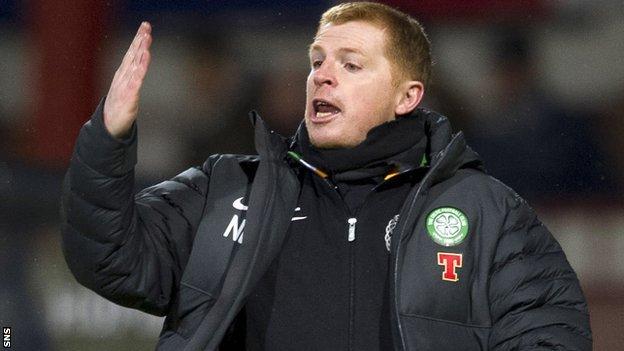 Neil Lennon has warned Celtic fans who were involved in disorder during the match against Dundee to improve their behaviour or stay away from games.

Five people are to be reported to the procurator fiscal for incidents during the Boxing Day match at Dens Park.

"We have a fantastic reputation wherever we go and we're very proud of that," said Lennon

"Don't tarnish the reputation of the club please. If you're thinking about doing it we'd rather you didn't come."

, with Georgios Samaras and Gary Hooper scoring the goals.

A Tayside Police spokesman said: "There was a level of disturbance at the match, primarily within the Celtic section of the stadium.

"Five people are to be reported to the procurator fiscal for alleged football-related offences. Officers responded to the incidents quickly and took appropriate action."