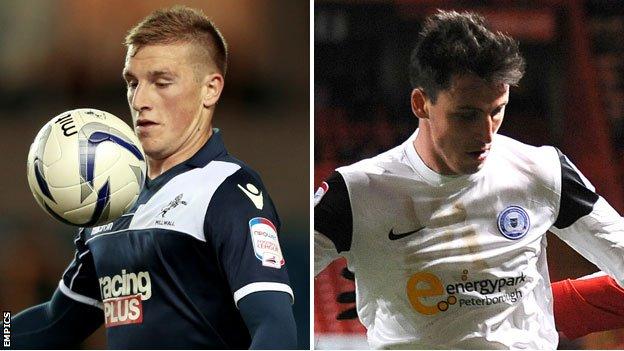 West Bromwich Albion have recalled Chris Wood from loan at Millwall, ahead of his expected seven-figure New Year move to Leicester City.

"He's done exceptionally well at Millwall and we've brought him back here. I expect the move to be done when the transfer window opens."

Midfielder George Thorne has also been brought back from loan at Peterborough.

Thorne, 19, who has featured nine times for struggling Posh, has been a key figure in their current three-game winning run.

The pair will be available to Albion boss Steve Clarke for Saturday's trip to Premier League leaders Manchester United.

New Zealand international Wood, 21, has impressed in his fifth loan spell away from The Hawthorns - having previously been with Barnsley, Brighton, Birmingham City and Bristol City - hitting 11 goals in 19 games for the Lions.

Although Hull City boss Steve Bruce is now reported to have also shown interest, Wood has long since been tipped to move to Leicester City, although manager Nigel Pearson,

However, the former Foxes boss is eager to bolster his attacking options in the January transfer window to strengthen the club's promotion push, Jamie Vardy having netted only five goals since joining in the summer, while Jermaine Beckford is away on loan at Huddersfield..

With first-team opportunities limited at The Hawthorns - he has only made six starts since making his debut as a 17-year-old in April 2009 - Wood has already said he would consider his future in January,