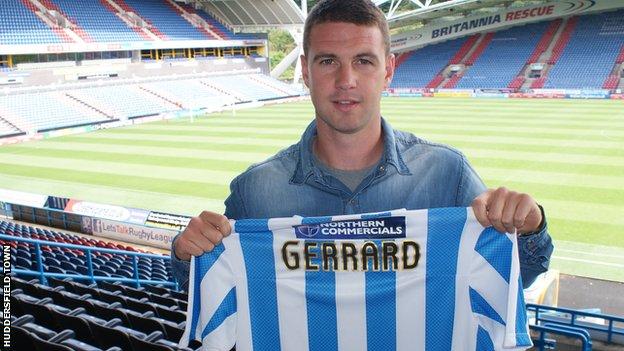 Huddersfield have won their appeal against Anthony Gerrard's red card in Saturday's draw with Crystal Palace.

The 30-year-old was sent off for a challenge on Yannick Bolasie near the end of the match and would have served a three-game ban had the appeal failed.

Gerrard scored his first goal for the Terriers in the 1-1 draw with Blackpool on Boxing Day.

Simon Grayson's side, who face Sheffield Wednesday on Saturday, have not won since 10 November.