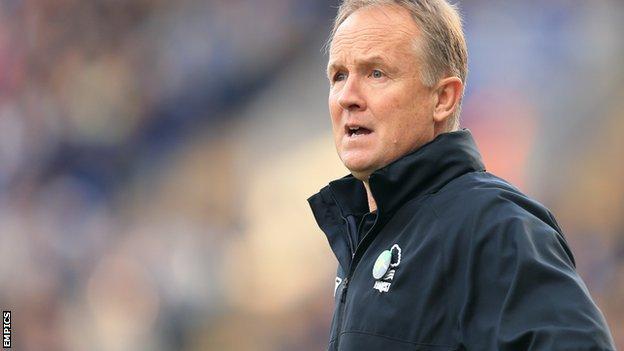 O'Driscoll, 55, was relieved of his duties at the City Ground on Boxing Day, just hours after leading the side to a 4-2 win over Leeds United.

The Forest hotseat in the 21st century

"The players had just got used to Sean and the way he wants to play. Sacking him now just seems strange."

He added: "I can't believe the timing of it. Sack him at the end of the season if it hasn't worked out.

"He had got them in a good position and they looked like they were challenging. There's a lot of questions to be asked."

The former Doncaster boss was appointed manager by the Al-Hasawi family on 19 July after they sacked previous incumbent Steve Cotterill just days after taking over the Championship club.

Victory over Leeds left Forest only one point off the play-off places but was not enough to see O'Driscoll keep his job.

Chairman Fawaz Al Hasawi revealed on his Twitter account on Wednesday night that he had already spoken to a "Premier League manager" and had arranged a meeting for Thursday.

Birtles does not think that replacing the manager at this stage of the season will lead to an upturn in form.

"The problem they have now is a new manager is going to come in with new training methods, new background staff and a new way to play on a Saturday afternoon," he continued.

"They might bring in a load of new signings and then they'll have to gel together and that isn't always easy and takes time."

Forest take on fellow promotion hopefuls Crystal Palace on Saturday before travelling to Blackburn, who sacked manager Henning Berg on Thursday, on 1 January.