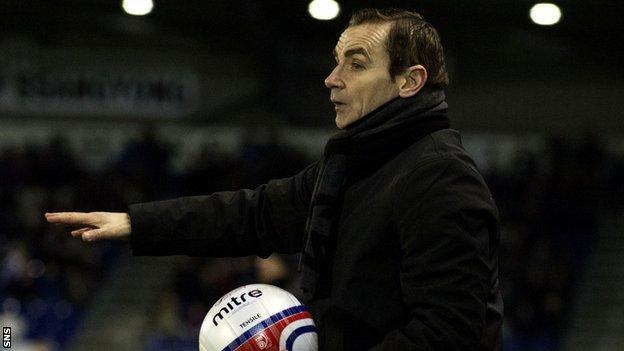 St Mirren manager Danny Lennon insisted his side deserved more than a point from their Scottish Premier League match with Inverness CT.

The Buddies left the Highlands with a point after drawing 2-2 with second-placed Inverness.

"We're delighted to come to a very difficult venue and come away unbeaten," said Lennon.

"But, having said that, with the opportunities we created we should have come away with the three points."

Lennon's men were ahead twice in the match, and the manager felt his side should have held on to the lead.

"It was disappointing to go into the lead twice and let them get back into the game," he added.

However, the Paisley boss was pleased with the performance of a makeshift defence.

"We had a few personnel changes today and that's a great credit to the boys that came in," Lennon insisted.

"We had a couple of suspensions and three got injured in that last game there.

"I've been saying all along - even when we were going through our little blip there - that we didn't deserve to be where we were.

"What we have to do is keep converting the chances that we're making.

And Lennon was also pleased with the display of substitute striker Lewis Guy, who almost won the match at the death - hitting the woodwork twice and having another strike ruled out for offside.

"He was very influential when he came on and the plan actually worked well," he said.

"I thought he was fantastic and the two efforts he had that came crashing off the post and the bar - I thought he'd done it.

"And I'd like to see the one that he actually puts into the back of the net, I thought there was someone actually playing him in line."