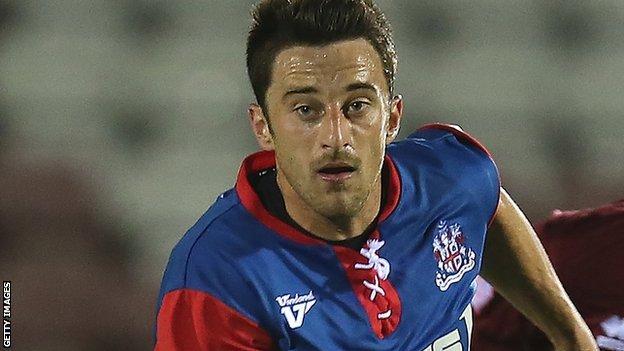 Chris Whelpdale's early strike was enough for Gillingham to beat Southend and return to the top of League Two.

Midfielder Whelpdale netted his fifth goal of the season, converting Joe Martin's free-kick to put the Gills ahead inside three minutes.

A run of one win in six matches, as well as two postponements during the festive period, had stalled Gillingham's push for automatic promotion and allowed Port Vale to move above them at the top of the table.

But Vale's home defeat by Fleetwood means Martin Allen's men are two points clear at the summit and they also have a game in hand on their nearest challengers.

"The first half was very disappointing. We were nowhere near the standard we've been achieving.

"Give credit to Gillingham, they came out flying, got their early goal and it seemed to settle them down.

"In the second half I thought we got more and more around their box. On another day I think we could have nicked the game.

"There are many other occasions where we've got back into it, but today we didn't."

"In the last few games it hasn't gone very well but we won't all climb on that bandwagon.

"The team were back to their best and it certainly helps when you can call on a centre-back that we've just signed [Leon Legge].

"He was immense, but everybody was fantastic. It's a great day for our travelling supporters.

"There was going to be some part of the game where Southend came back into it, but all the players have put in a tremendous performance."