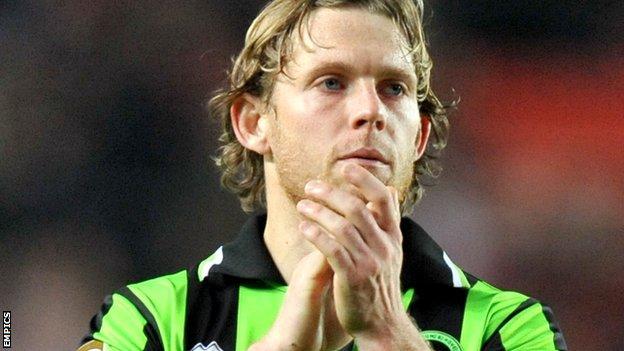 The Seagulls went ahead when Dean Hammond headed in Andrea Orlandi's corner, before Craig Mackail-Smith scored from Ashley Barnes's flick-on.

Brighton extended their lead as Gary Dicker's pass picked out Wayne Bridge, who unleashed a superb strike from 35 yards past Town's Stephen Henderson.

Ipswich's best chance fell to Daryl Murphy but his shot was saved.

The hosts had won five of their last seven games, while Brighton failed to record a victory in December.

However, Brighton created the best chances at Portman Road and Southampton loanee Hammond gave the visitors a 15th-minute lead.

Mackail-Smith then doubled his side's advantage with his 11th goal of the season as he out-paced Aaron Cresswell and produced a fine shot that went in off the post.

But a spectacular finish from Bridge sealed Brighton's victory, which takes them back up to ninth, three points off a Championship play-off place.

"We didn't play particularly well but I'd have taken seven points from our games (over Christmas).

"I always look at the bigger picture. I was brought in to keep the club in the league and pick up points and that's what we're trying to do.

"The way the players have gone about their business has been amazing.

"To have got us 30 points by 1 January is terrific. They've been remarkable and it's been a great turnaround."

"We've got an absolutely incredible opportunity and if we don't make it, we won't have anyone to blame apart from ourselves.

"This was a much-needed win. A few weeks ago we had 27 shots, 17 of them on target, and only scored one goal, but today we hit the target three times and scored three goals."