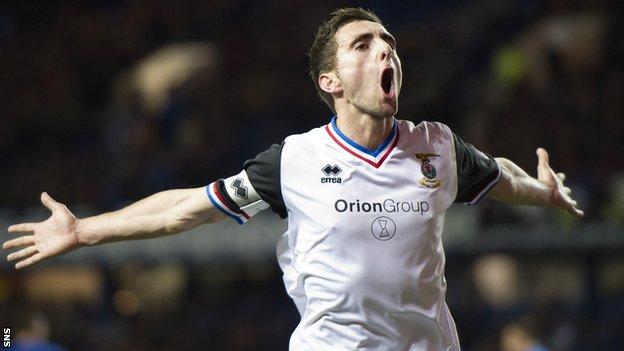 Inverness defenders Graeme Shinnie and Josh Meekings have both signed two-year extensions, taking them up to May 2015.

Centre-half Meekings, 20, arrived from Ipswich in July 2011 and has become a first-team regular this season.

Left-back Shinnie, 21, made his debut in 2009 and has been an ever-present this term as the Highlanders climbed to second in the Scottish Premier League.

"This is a fantastic Christmas present for the club and supporters," enthused manager Terry Butcher.

"I am optimistic that there will be other news of further extensions to other players in the near future.

"I am extremely delighted that we have extended Graeme's and Josh's deals, as they have performed brilliantly for the first team and thoroughly deserve their new contracts."

However, Shinnie's younger brother was delighted to have beaten the 23-year-old to an extended deal.

"Happy to have sorted my contract out before Christmas and signed for another two years with the club," he said on Twitter.

Meekings said: "Very pleased to have put pen to paper today and signed for two years."