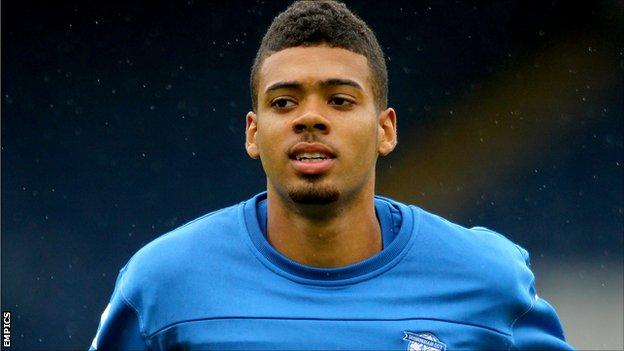 Birmingham City have recalled Jake Jervis from a loan spell at Portsmouth.

Striker Jervis, 21, scored once in three games for the League One club, his third loan stint of the season after spells at Carlisle and Tranmere.

His deal at Pompey had been extended last week, but injuries to Marlon King, Peter Lovenkrands and Akwasi Asante left the Blues with limited options.

Meanwhile youth-team players Reece Hales, a striker, and defender James Fry have been added to the squad.