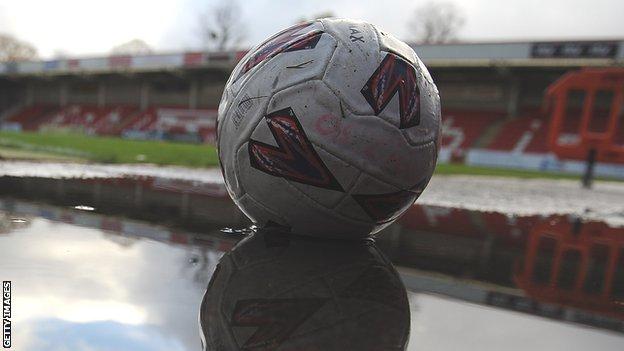 Saturday's Football League programme was severely hit by postponements as the wet weather took its toll.

Blackburn's game against Brighton in the Championship was called off because of a waterlogged pitch.

Six matches in League One and seven games in League Two, including leaders Gillingham's trip to York, suffered the same fate.

Ten of the 11 Blue Square Bet Premier games have been postponed, while three games are off in Scotland.

The Scottish Division One game between Dumbarton and Raith Rovers was postponed because of a waterlogged pitch, with the Ayr-Brechin Division Two clash called off on Friday.

There was also a late decision to postpone the Scottish Division Three encounter between Berwick Rangers and Queen's Park.

Northampton's game against Aldershot went ahead after a second pitch inspection at Sixfields.

Which matches have been postponed?