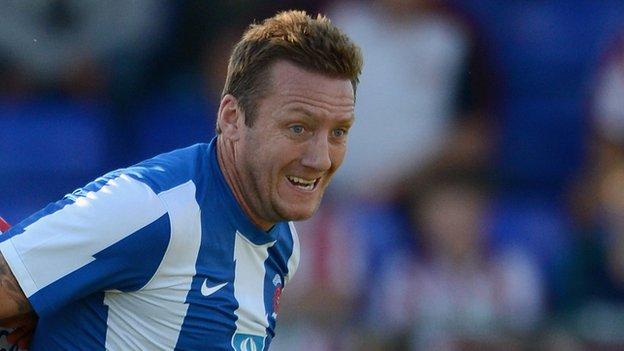 Steve Howard's brace secured Hartlepool United's second win this season and knocked Sheffield United off the top of League One.

He headed home Evan Horwood's cross, before Michael Doyle's equaliser which Scott Flinders should have saved.

Howard headed in James Poole's cross to seal the points, before Harry Maguire fired a consolation goal into the top left corner for the Blades.

"You've got to give a lot of credit to Hartlepool. They have worked their tails off and they got the breaks.

"Some of the breaks that they got were down to us and our poor defending. That was disappointing more then anything.

"They were better to the second ball. They played in a certain way which we found it difficult to combat.

"Overall we weren't at the races like we were a few days ago."