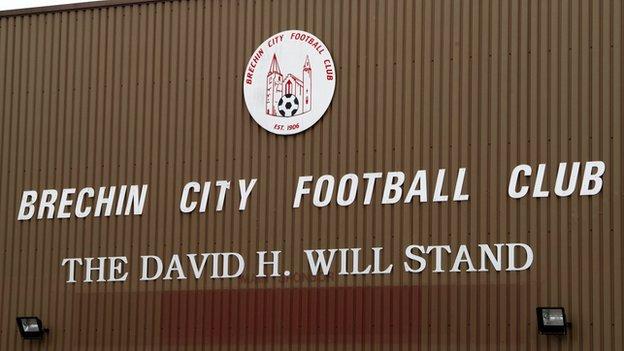 Saturday's Second Division game between Brechin City and Ayr United has been postponed because of flooding at Glebe Park.

City thanked staff and volunteers for helping to cover the playing surface.

But "the vast amount of rainfall over the past couple of days has resulted in the pitch being covered in two to three feet of water at The Cemetery Road End", the club said on their website.

Brechin are due to host Arbroath, presently a point ahead of the Hedgemen in fourth having played one more game, in their next fixture on Wednesday.

The kick-off for that game has been brought forward an hour to 1400 at the request of both clubs.

Ayr are away from home on Boxing Day, when they are due to travel to Coatbridge to face Albion Rovers.