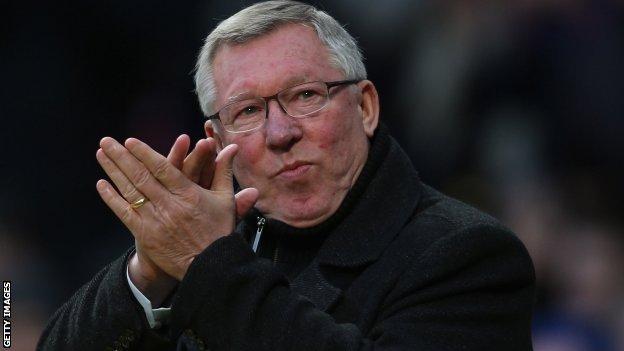 Midfielder Scholes, 38, was reported to have told friends about his intention to retire for a second time.

"I would be surprised if Paul had spoken to someone without speaking to me - and he hasn't - so we can dismiss that," said the United manager.

"Ryan could play for another year or two. Rio has been terrific."

Ferguson, who turns 71 on 31 December, added: "The speculation comes from our policy of only giving older players one-year contracts."

Scholes began his professional career at Old Trafford in 1993 before retiring from football in May 2011. The former England player made a U-turn on his decision in January 2012 in order to bolster numbers during an injury crisis.

Both he and 39-year-old midfielder Giggs, who started his United career in 1990, are on one-year deals.

Centre-back Ferdinand, who joined the club from Leeds in 2002, is yet to sign a new contract.