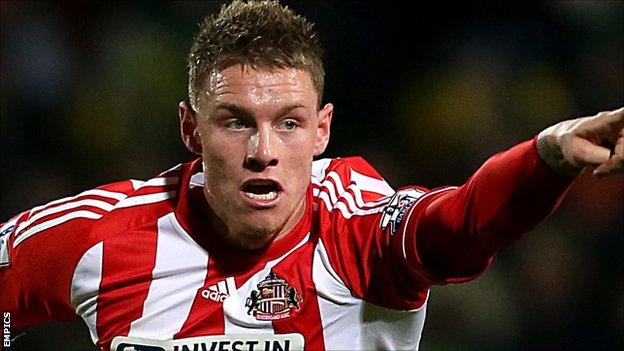 Sunderland's Craig Gardner says hard work has been the secret to striker Connor Wickham's return to the squad under manager Martin O'Neill.

Wickham was restored to the squad as a substitute against Everton in November and has made four appearances in total since that introduction.

"He's 19 and has years ahead of him. He's heading in the right direction and we need him to keep performing."

Gardner added: "All credit to him because he's a top lad and a top player."

The £8m former Ipswich forward was brought to the Stadium of Light by former boss Steve Bruce in June 2011, but has struggled to make an impact as injuries and loss of form limited him to just 23 appearances in all competitions.

Meanwhile, Birmingham-born midfielder Gardner is confident Sunderland can make a success of Saturday's trip to Southampton in the Premier League.

The Black Cats have won just two of their last 10 league games, and were beaten 3-1 at Manchester United last weekend to leave the club one point clear of the fourth-bottom Saints.

"Every game is a big game when you need points, it's a six-pointer," Gardner said.

"But we've got enough, the spirit in the changing room is really high, the lads are a great bunch and we don't give up, we all fight for each other."