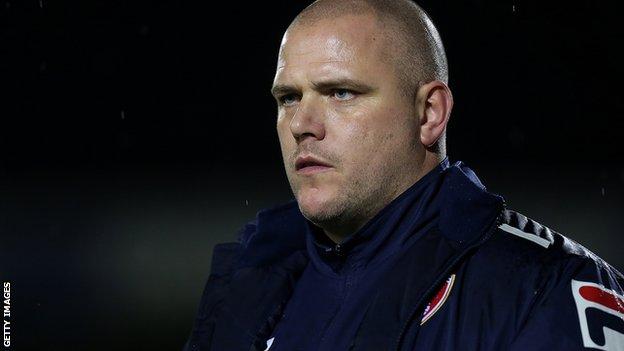 Morecambe manager Jim Bentley says dwindling attendances at the Globe Arena may prevent him from adding to his squad in January.

The Shrimps have an average home gate of 1,809 in League Two this season.

"It's a massive worry because we budget for a certain amount per game and we're dipping well below that at the moment," he told BBC Radio Lancashire.

"That doesn't bring the money through, which goes hand-in-hand with not having the funds to strengthen the squad."

Bentley continued: "All this talk about me being able to strengthen in January and get fresh bodies in - it's hard to do because we haven't got the pennies because of the attendances.

"We've got a good core of 1,000 or so, who come to every game and will always stand by the club, and the away attendances this season have been very good.

"It's the ones in between, who can't make their minds up between going to watch a Premier League club, going shopping or watching their local side - they're the ones we've got to get a grip of and get them through the gate."

Only Accrington Stanley and Dagenham & Redbridge have a lower average home attendance in League Two this season than Morecambe, who