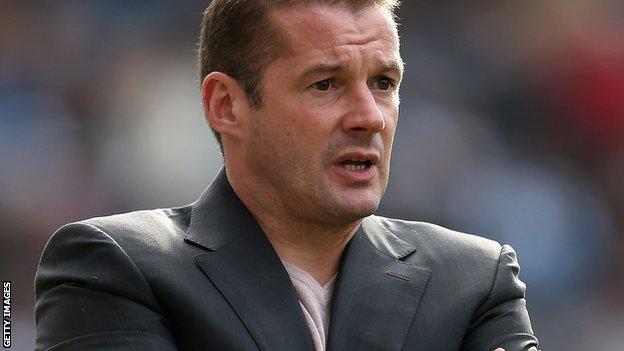 Graham Westley is backing his Preston side to force their way into the League One promotion race in the new year.

North End are 15th in the table, eight points from a play-off position and 12 points behind leaders Tranmere Rovers.

And Westley has confidence in his players to close the gap in the second half of the campaign.

As those issues sort themselves out and as the physical factor comes into play, you watch them go after Christmas

"After Christmas, someone gets it together. My teams have got a history of getting it together," the Preston boss told BBC Radio Lancashire.

Westley won consecutive promotions with Stevenage, taking them from the Blue Square Bet Premier to League One.

He continued: "I'm not going to let that be a pressure on these boys because they're a new squad and a new team, but watch their physical level come into play.

"The footballing quality they've got is there. There are some timing issues and organisational issues that are stopping them from converting their play into goals.

"As those issues sort themselves out and as the physical factor comes into play, you watch them go after Christmas."