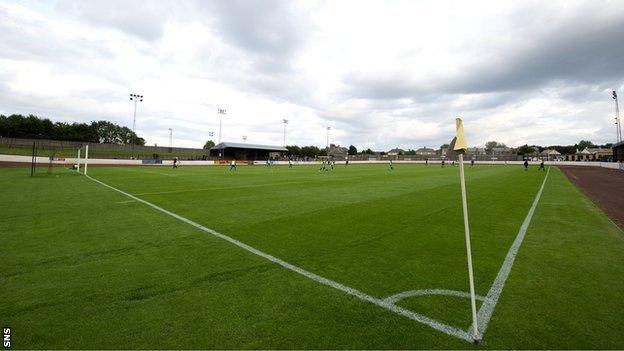 Berwick Rangers' home match against Queen's Park has been postponed because of a waterlogged pitch at Shielfield Park.

The Third Division game was called off around 25 minutes before the scheduled 15:00 GMT kick-off.

Earlier on Saturday, Queen's Park said on their website that a local referee had checked the pitch and the surface was "certainly playable" but that there was unlikely to be further news until the match referee had arrived.