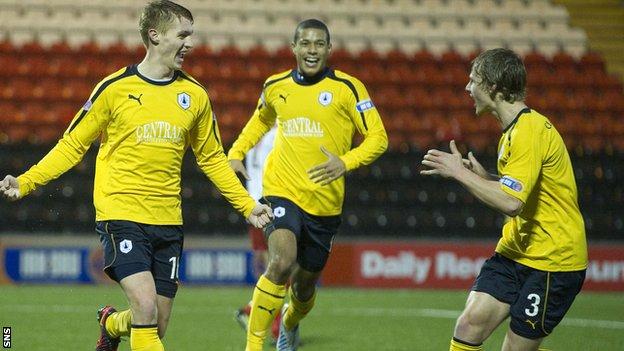 Ryan Donnelly levelled for Airdrie from Marc Warren's free-kick at the start of second half.

Taylor drilled the Bairns back in front and headed his second just after Airdrie's Nathan Blockley was sent off for two bookable offences.

And a late curling strike by Taylor completed his treble.