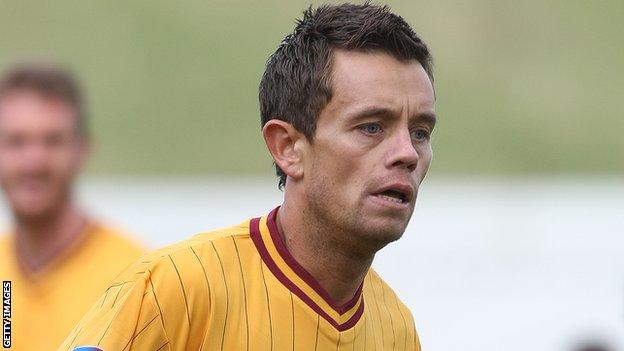 Former England international Hendrie's time at The Lamb has been plagued by injuries since joining in the summer.

But after playing in both of Tamworth's FA Trophy ties against Corby, Law took time to recognise Hendrie's quality.

"He's a key player for us. When we get him in their half he can certainly be effective with what he sees and what he can do with the ball," Law told BBC WM.

"He gets kicked here and there, but he is feisty himself. He's a competitor and he wants to win games.

"He pulled me over when I didn't start him and went about it in the right manner. He came off the bench on Saturday and should have helped us win it."

Hendrie will be hoping to force his way into the starting XI to face Southport in the Blue Square Bet Premier on Saturday.

And after reaching the FA Trophy third round by seeing off Corby in their replay, Law believes that the festive period could determine the rest of his team's season, as they sit just three points above the relegation zone.

"It's a defining month, we've now got six-pointers in the league," Law said. "Certainly the two games against Nuneaton and Braintree, as well as this Saturday at Southport.

"They are massive games for what we can make of this season. We're a very frustrated group at the moment, we've got so much potential and can hit good heights for Tamworth.

"We've got to start proving that this could be one of the strongest years that Tamworth have had in the Conference."