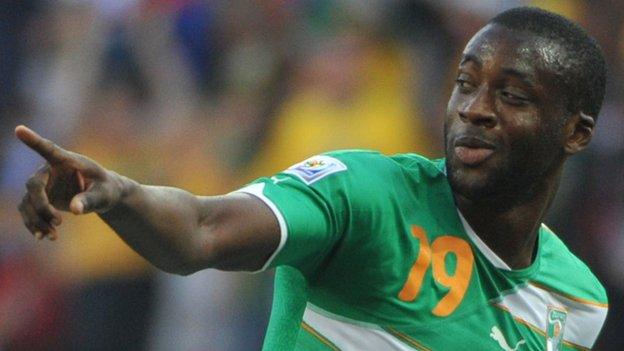 Manchester City midfielder YayaToure has been named the African Player of the Year for a second time.

He won the 2012 poll in a vote of head coaches or technical directors of countries affiliated to the Confederation of African Football.

African Nations Cup winners Zambia were named team of the year with their coach Herve Renard named coach of the year.

Song currently plays for Barcelona while Drogba signed for Shanghai Shenhua in May.

Toure, who won the award last year, is part of the Ivory Coast team heading to the Africa Cup of Nations that starts in South Africa next month.