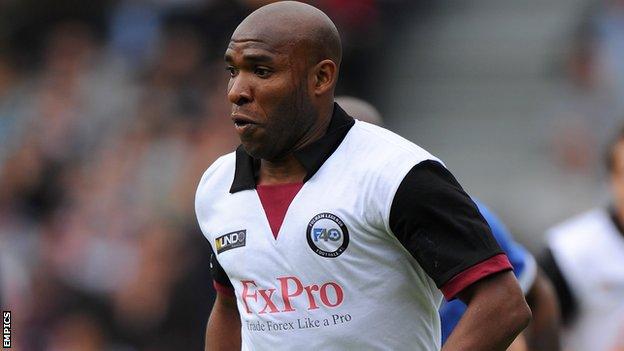 Truro boss Lee Hodges is delighted to have former Plymouth Argyle and Fulham striker Barry Hayles back at the club.

The 40-year-old as Truro's financial problems continued to bite.

"He never wanted to leave in the first place, circumstances forced him to leave, which was shame," Hodges told BBC Radio Cornwall.

"He's always been in touch, he's always asking how we're doing and he's always speaking to the boys so I was chuffed to bits when he was ready to do it. He looks fit and looks raring to go."

Hayles played in last week's and will feature again in Saturday's clash with Salisbury City in the Blue Square Bet South.

Truro are still bottom of the league after going into administration and Hodges says the festive period is a key time for his side if they want to survive in the league.

"Now it's a case of the boys being a bit more focused, in that we do need to win games," he added.

"We've got four extremely tough games coming up in a short space of time with a small squad."