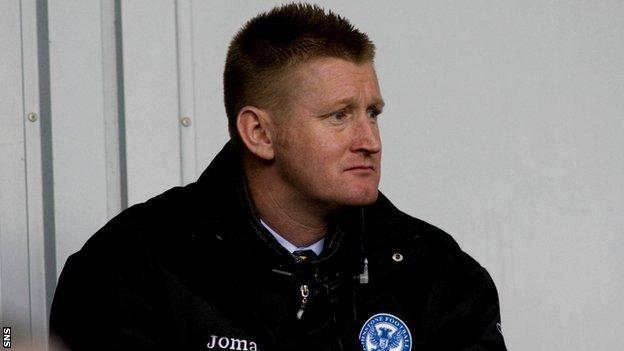 The Northern Irishman was charged with misconduct after kicking a water bottle in a match with Hibernian in November.

However, Lomas, currently serving an eight-match ban, has received a "severe censure" for the incident.

The Saints boss incurred the ban after a dismissal against Celtic, added to a suspended two-match ban for his conduct at Ross County in September.

Lomas had been charged under SFA Rule 203, dealing with misconduct by a team's member of staff.