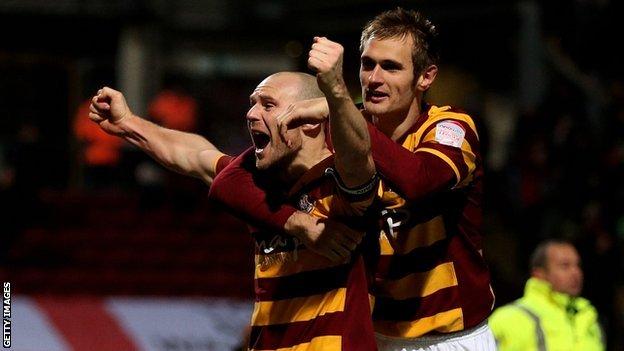 Bradford's reward for is a semi-final against Aston Villa, while Chelsea will take on Swansea.

League Two Bradford will play the first leg of their semi-final at home against five-time winners Villa.

Chelsea, who to progress, will play their opening leg at Stamford Bridge.

The first matches will be played in the week starting 7 January and the second legs a fortnight later.

The Bantams pulled off one of the biggest League Cup shocks by beating Premier League side Arsenal on penalties at Valley Parade last week.

Villa and are currently unbeaten in six matches in all competitions.

Chelsea interim manager Rafael Benitez is expecting a tough test against Swansea, who are 10th in the Premier League and drew 1-1 with the Blues in November.

"Swansea are a good team and we have to do well in a semi-final of any competition," said Benitez. "They like to play football on the floor and it will be interesting.

Ties to be played weeks commencing 7 & 21 and January