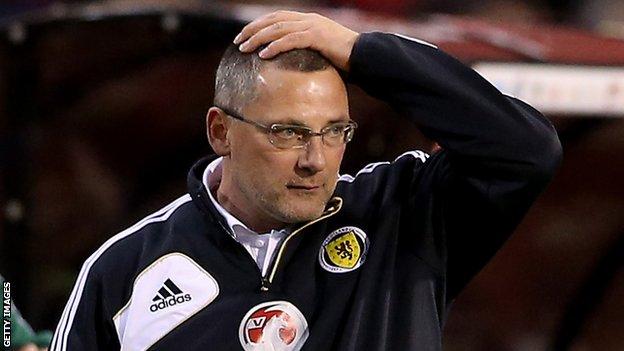 Levein was sacked on 5 November amid a poor run in their 2014 World Cup qualification campaign.

In a statement, the SFA said it had been served with a writ "despite the Scottish FA's offer to honour Craig's contract in full".

Levein, 48, was "relieved of his duties", with Under-21 coach Billy Stark being put in temporary charge.

However, last month it emerged that Levein was seeking legal advice.

He was sacked with Scotland at the foot of World Cup qualifying Group A, and the governing body said it would honour the former manager's contract, with payments over the next 20 months.

The statement read: "The Scottish FA has since received notification that Craig has chosen to resign, thereby foregoing the offer made to honour his contract in full.

"In the notification received, failure to make a proposal in lieu of compensation has been cited. It is the view of the Scottish FA that no such offer is required given Craig's decision to resign, especially since an offer of mediation was rejected by his legal representatives.

"We will make no further comment at this time."