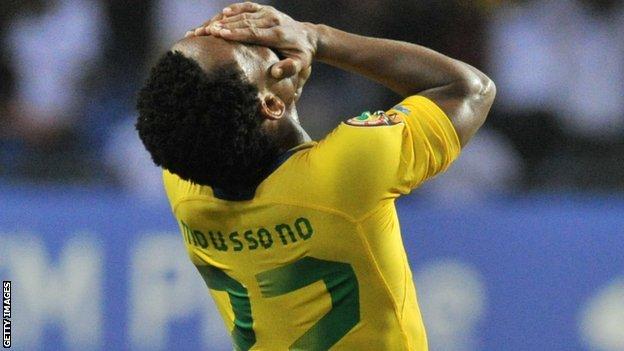 Fifa has awarded Niger a 3-0 win in a 2014 World Cup qualifier because Gabon fielded an ineligible player.

As a consequence Fifa overturned the original 0-0 result from the match, which was played in Niamey in June.

And Fifa confirmed on Wednesday its decision would stand after Gabon failed to file a proper appeal.

Congo now head the group with four points from two matches. Gabon and Niger have three points and bottom-placed Burkina Faso have one.

Moussono also played four matches when technically ineligible at the 2012 African Cup of Nations as co-host Gabon reached the quarter-finals.

But the Confederation of African Football has not overturned those results.