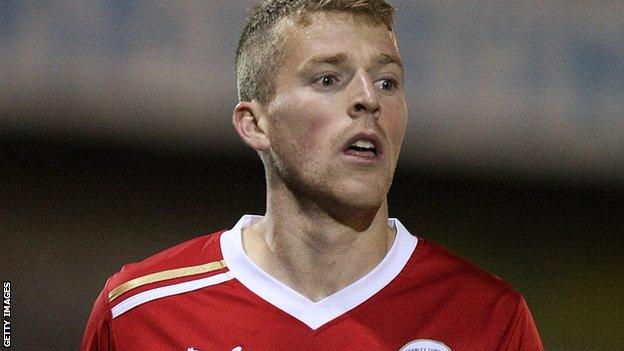 Crawley came from behind to condemn Portsmouth to a 10th match without a victory in League One.

Portsmouth, who left out 11-goal top scorer Izale McLeod, remain in the League One relegation zone, while Crawley move up to eighth.

"We didn't get a point, but we had enough pressure in the second half without creating that killer ball that could get somebody on the end of things.

"I thought Paul Benson did very well, against two centre halves when you're working there as a lone striker, I know I've done it myself, it's not easy. It's a thankless job and he did well for us.

"It's your top goalscorer, but today we felt the way to go was to have those two wide men with Paul Benson up top for what he can do bringing players into the game."

"This result was deserved. Portsmouth have a lot of good players despite all their problems.

"I thought our football in difficult conditions was excellent. Our midfielders ran the game.

"Their goal came in one of our best passages of play. We were a victim of our own success."