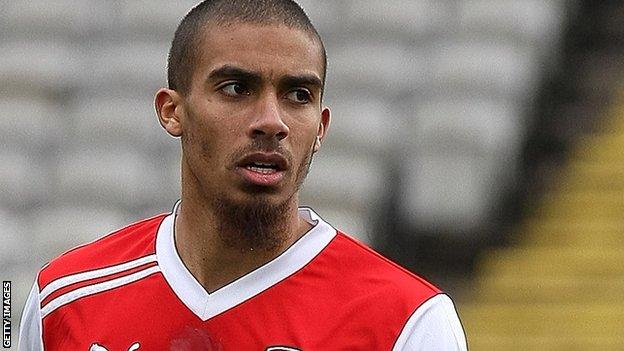 Lewis Grabban's seventh goal in seven games set Bournemouth on their way to a Boxing Day win over Yeovil, stretching their unbeaten run to 14 games.

Grabban put them ahead when he shrugged off his marker to feed Marc Pugh, and met Pugh's cross with a low shot.

Dominic Blizzard went close twice for Yeovil, who slipped further behind when Simon Francis centred for Harry Arter to fire into the top left corner.

Brett Pitman added a late third from the spot after Luke Ayling handled.

Yeovil keeper Marek Stech, who played one game on loan for Bournemouth in December 2009, had earlier kept his side in the game at 1-0, getting down well to block efforts from Grabban, Pitman and Pugh.

"I thought the second half was a lot better than the first - once we got the first goal it certainly settled us down and it could have been five or six in the end.

"Teams will come here and make it difficult and Yeovil were no different. Teams come here to shut up shop.

"When they made the change in the second half it opened it up - we looked like we could score with every attack.

"It was a great move for the first goal, the best move of the half. [Lewis] Grabban was in a great position. It was great to see Brett [Pitman] on the score sheet and the second goal was great as well."