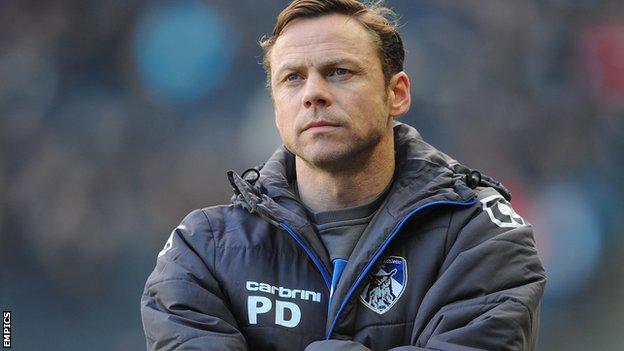 Manager Paul Dickov has demanded a response from his Oldham squad after accusing them of a lack of desire and professionalism against Swindon.

Dickov called the players in for extra training on Sunday after their which he described as "unacceptable".

He told BBC Radio Manchester: "To have a lack of desire when you're playing a football match is just so wrong.

"My honest opinion is that complacency set in."

Oldham, who are 16th in League One ahead of Saturday's trip to Yeovil, went into the Swindon game having won four of their previous five matches.

Dickov had warned before the match that his team have been at their worst when they have been in good form, and he was not happy to be proved right again.

"Players are thinking 'we've won four of the last five, we're in the third round of the FA Cup and we're away from the relegation zone, so we can go out and do what we want'," the Scot added.

"It doesn't happen like that in football matches. You don't win games."