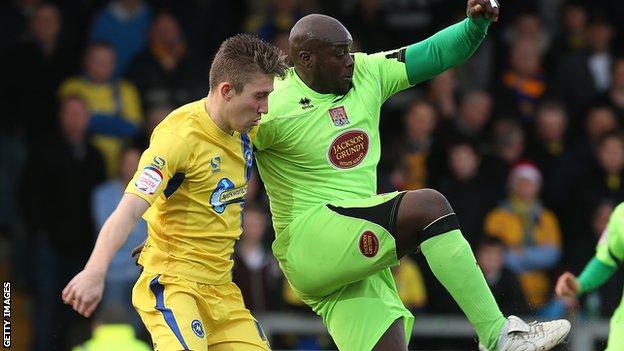 on Saturday but Ling was impressed with the Reading man.

"I thought he stood up like a man," the United manager told BBC Radio Devon.

"You aren't going to get a much harder introduction to League football than the ball being bombed in there against Adebayo Akinfenwa and Clive Platt."

MacDonald is at Plainmoor, having played three games for the club last season.

"Every time he's played for us he's done a decent job," Ling continued.

"It would have been nice for him and the team to have got a clean sheet and sneak the 1-0."