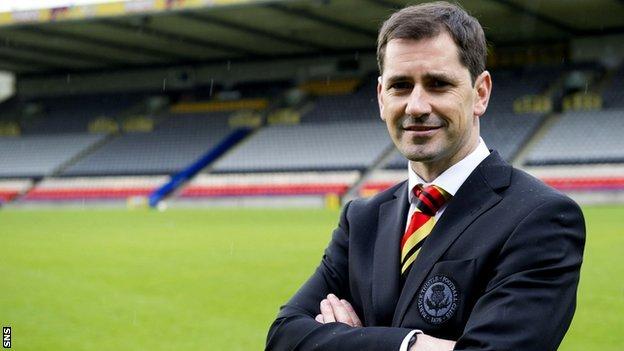 The former Celtic and Wolves defender remains on a one-year rolling contract, but with improved terms.

McNamara took over in May 2011 after the departure of Ian McCall.

"The new contract is a reflection on the good work Jackie has done since he became our manager," said Partick chairman David Beattie.

"We are delighted that Jackie has signed a new contract with us, it's a good deal for both parties.

"I have found Jackie, and his assistant Simon Donnelly, a pleasure to work with. They are two of the nicest, most respected, guys in the game.

"The club is already in a much better state now than it was when he became manager and we look forward to him pushing us further forward in the future," added Beattie.