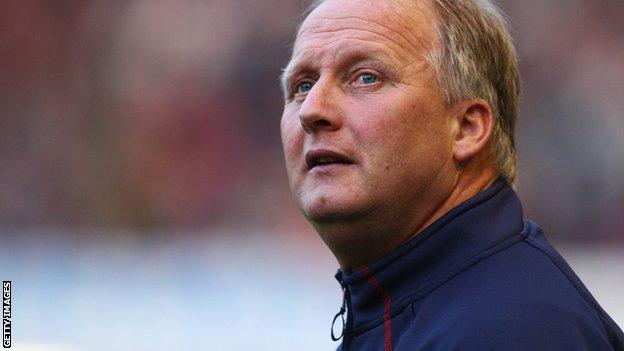 As good as they were, and I thought they were great on Saturday, they've got to be ruthless about winning games

Blackwell told BBC Radio Manchester: "We outplayed them from minute one to minute 90. To get mugged frustrates me.

"The players were outstanding but we've got to be more ruthless. Until we become more ruthless, we can't win games consistently."

The Alex claimed a 1-0 victory with a goal from Brad Inman three minutes from the end, condemning Bury to a second consecutive league defeat.

The Bury boss continued: "I'm looking for the players to be more consistent, in attack and in defence.

"They've had one ball into our box in the last 20 minutes, the lad has got half a touch to it and it's in the back of our net. It's not happening at the other end.

"As good as they were, and I thought they were great on Saturday, they've got to be ruthless about winning games."

Blackwell's side host fellow League One side Preston North End in a rearranged Johnstone's Paint Trophy game on Tuesday.