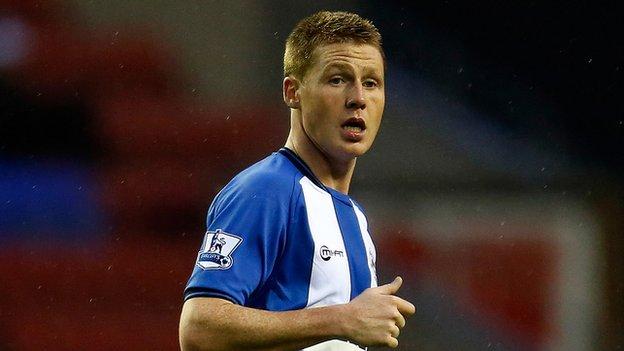 Bradley Johnson was booked for a tackle on McCarthy, which resulted in him having to go off with an ankle injury.

Martinez told BBC Radio Manchester: "It was an infuriating moment and something you don't want to see.

The referee saw it, showed a yellow card and I don't think he can do any more than that as a referee

"Clearly he was targeted. They got away with it. You don't want to see players injured in such a ruthless manner."

McCarthy is likely to miss Saturday's visit of Arsenal after being substituted at half-time against the Canaries.

The Spaniard continued: "James is an outstanding footballer and he's in a great run of form. He in the last game [against QPR].

"It was clearly a cynical challenge without the ball to be played for. The referee saw it, showed a yellow card and I don't think he can do any more than that as a referee."

Martinez, who was already coping with a lengthy injury list, also lost defender Adrian Lopez because of a hamstring problem.

"We never showed our true potential," Martinez added. "The start was sluggish and very pedestrian. We never got any rhythm going.

"I couldn't be prouder of our reaction in the second half. We controlled the game completely and I could see a real momentum building, but more soft defending cost us."