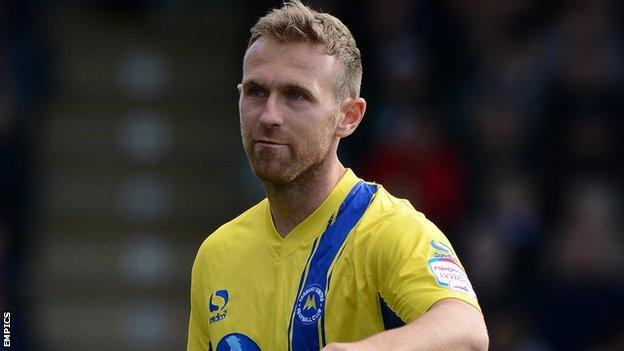 Torquay United striker Ryan Jarvis could be out for two months after partially puncturing his lung in the 1-1 draw with Northampton.

The 26-year-old also suffered fractured ribs in the challenge but played on until the end of the game.

Jarvis, who scored Torquay's goal, was hurt in the final five minutes after a sliding challenge and left Plainmoor in an ambulance.

He had started the last four games and scored five goals this season.

Jarvis joined Torquay after moving to Plainmoor in March.

He has mainly been used as a substitute this season but had begun to force his way into the side.