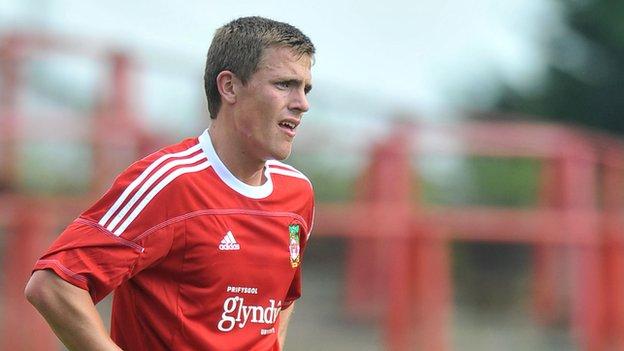 Third-placed Wrexham are likely to be without striker Rob Ogleby for their crunch Blue Square Bet Premier match with second-placed Grimsby on Friday.

Ogleby was carried off on a stretcher after a clash of heads in the 3-2 FA Trophy win against Solihull Moors.

But fellow striker Danny Wright trained on Monday and should be available, while defender Chris Westwood is also on the way back.

Wrexham have been drawn away to Sutton Utd in the third round of the Trophy.

"Westy [Chris Westwood] might be available too, but Robbo [Rob Ogleby] took a knock to the head, so Friday will probably be a bit too early for him."

Morrell says he would have preferred a home draw in the FA Trophy, but believes the trip to face Conference South Sutton on 12 January represents a good chance to progress in the tournament.

"I think a few teams in this competition have found it difficult to get past the teams in then lower divisions, so it's not going to be an easy game by any stretch," he said.

"But it is a chance to get through maybe. It's important now. If you're in it, you might as well try and win it."