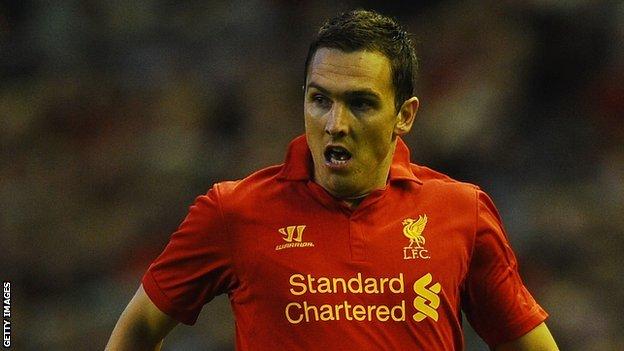 Liverpool winger Stewart Downing says he has been told he can leave the club by manager Brendan Rodgers.

The 28-year-old has played in five of Liverpool's last six games but has often had to play at left-back rather than in midfield.

If that doesn't happen I'm at an age where I can't be sat around. I need to play and the manager understands that

"The manager has said I can leave if I want to," Downing told the Reds' match day programme before playing in their 3-1 loss to former club Aston Villa.

"But then I've come back into the team, it's a strange situation."

Downing joined the Anfield club from Aston Villa in summer 2011 for a fee believed to be in the region of £20m when Kenny Dalglish was the manager.

"I've played for a long time and there are spells when you can be in and out of the side," added Downing.

"At the minute I'm trying to play as many games as possible.

"If that doesn't happen I'm at an age where I can't be sat around. I need to play and the manager understands that."

He recently admitted he was "disappointed" by criticism from Rodgers before the Reds boss praised the player after his winner in a Europa League group game against Anzhi Makhachkala.

"That's how the situation is and we'll have to see what happens in January or the summer."