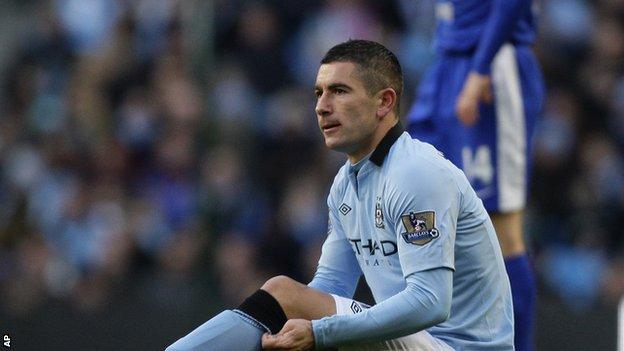 It is alleged Serbia international defender Kolarov, 27, made comments to fans holding an Albanian flag.

There is a history of enmity between Serbia and Albania.

The force said it took such allegations "extremely seriously" and inquiries were ongoing into the incident.

Kolarov is understood to vehemently deny the allegation.

The player came on as a substitute in City's 3-1 win over Newcastle but was replaced 18 minutes from time.

Tensions between Serbia and Albania most recently relate to the majority-Albanian Kosovo, which declared independence from Serbia in 2008.

Police have asked for anyone who heard or saw anything, or has any information, to contact them.