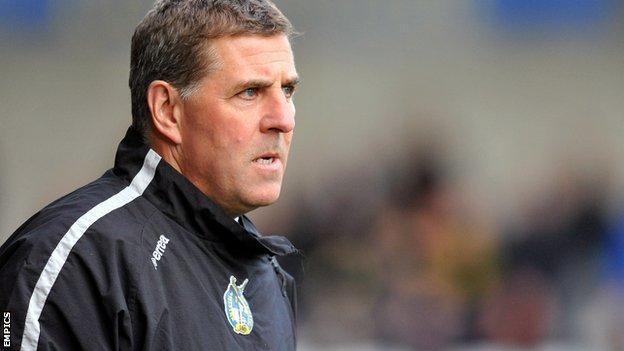 The result leaves the Pirates second from bottom in the Football League.

McGhee, 55, was and guided Rovers to 13th position in League Two last season.

But the former Leicester, Wolves and Brighton boss has been relieved of his duties following a run of nine defeats in the last 11 matches.

And on Saturday proved to be the final straw.

In a statement on the club's website, chairman Nick Higgs said: "We had hoped that the appointment of Mark McGhee would give the club some stability and long-term progress, but unfortunately that has not been the case.

"We have decided that we can no longer continue with the current situation and had to make the difficult decision to part company with Mark. We decided we had to act now before it was too late."

Tipped as possible promotion contenders at the start of the campaign, Rovers have performed well below expectations.

On Friday, McGhee told BBC Radio Bristol that he was

Rovers will now begin the search for a fourth permanent manager in the space of two years, with Dave Penney lasting less than two months in the role and Buckle dismissed within eight months of being appointed.

Stuart Campbell had a short spell as caretaker boss at the end of the 2010-11 season but could not save Rovers from relegation to the fourth tier.