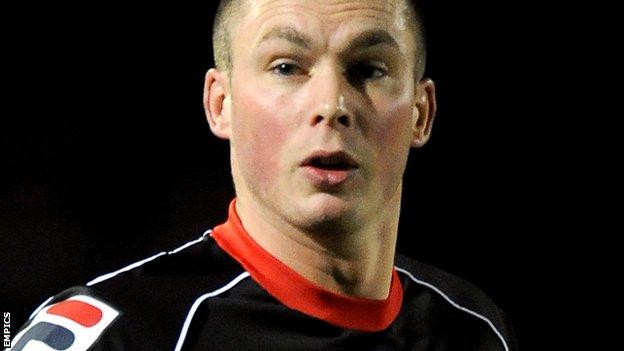 Morecambe manager Jim Bentley wants Richard Brodie to remain with the League Two club beyond the expiry of his loan spell from Crawley in January.

Bentley is keen to keep the 25-year-old striker, who has scored six goals in 23 appearances for the Shrimps.

"I'll have a chat with the chairman about finances," Bentley told BBC Radio Lancashire. "The lad's keen to stay. He really loves it here.

"We think he's doing well. He started slowly but sometimes that can happen."

Bentley continued: "He was coming to a new club and he had a calf injury in pre-season.

"Also, I'd like to think we've curbed his frustration and anger levels. I think he's improved in that department, and I think will have done him the world of good."