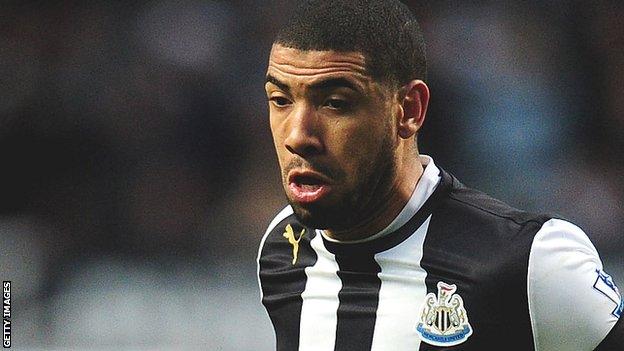 Blackburn striker Leon Best says he is more determined than ever to make the most of his career as he continues his recovery from a serious knee injury.

Best, a has not played competitively for Rovers.

He and is hopeful of returning to first-team action in February.

"I've definitely taken days when I've been playing for granted. I won't ever take it for granted again," he told BBC Radio Lancashire.

"I know what I want to be doing and that's playing football. I want it even more now than I've ever wanted it before.

"It takes something bad to happen like that, but I'm going to get a positive out of it."

I want to be involved straight away and help out in any way I can. I've come here to play and try to get the club promoted

The 26-year-old was signed by former Blackburn boss Steve Kean to spearhead the club's attempts to make an immediate return to the Premier League.

But the injury he sustained in a friendly against AEK Athens in July has prevented him from playing any part for Rovers this season.

In Best's absence, Blackburn have and Henning Berg's side lie 13th in the Championship.

He is confident of making an impact when given the all-clear to return, and hopes to repay some of his sizeable price tag.

"They paid good money for me so they should expect that," said Best. "I expect it from myself.

"It's a matter of time for me to get back. I want to be involved straight away and help out in any way I can. I've come here to play and try to get the club promoted.

"Luckily for me, I can still have a bit of an input when I get back fit."